Historic Darlinghurst - History on our doorstep 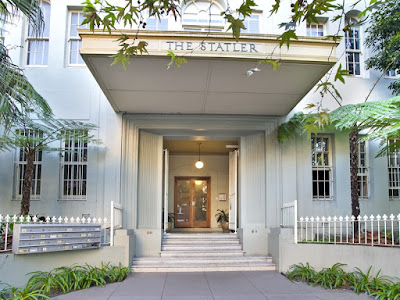 The Statler and The Hopes with St Pancras at their rear, at 251-61 Darlinghurst Road, have more layers than a lasagne but are more intriguing: it's a mine of urban archaeology. 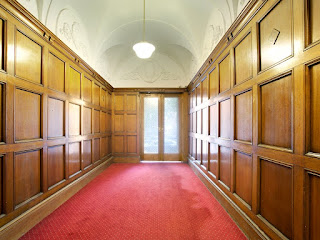 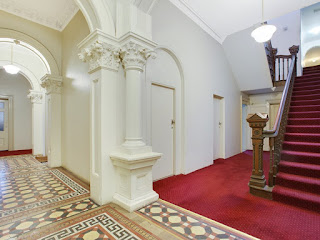 The Hon Joseph Docker MLC (1802-1884), Minister for Justice and described as “an old fogey” by media, lived on Darlinghurst Road in today’s Kings Cross. He then moved in 1880 to his home opposite St John’s Anglican church, later no.101 and now 261 Darlinghurst Road.

Sands’s Sydney and Suburban Directories show this new site in Darlinghurst Road was occupied by society’s upper echelons including another politician, a solicitor, and Joseph Docker, all close to the  courts and Macquarie Street.

Joseph died in 1884 but an old 1884 site survey shows no. 101 in its original form.
It was later named Nyrambla by 1888, and became the home of Joseph’s son, Wilfred Docker (1848-1919). The reason for the name is unknown. Wilfred was a banker, St John’s parishioner and a tireless charity worker. His brother, Ernest Docker, who died later in Elizabeth Bay, was a District Court Judge for 37 years, known for his harsh sentences.
THE HOPES 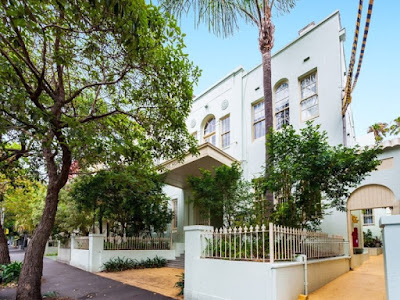 By 1895 the site adjacent was the Hope Private Hospital, later becoming The Hopes flats in 1931, and later “residential chambers”, or a boarding house. Nyrambla was then converted to flats by 1929 and by 1931 another apartment block, St Pancras, was built at the rear of The Hopes. Meanwhile, The Statler was re-badged with a neo-classical face lift in 1931. 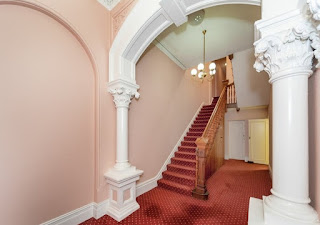 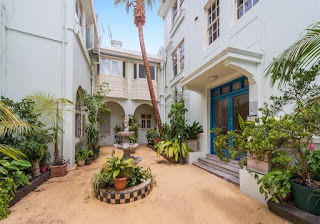 Today’s apartments explain how the past has become the present.

The former 19th century home with its gables, chimneys and wrought iron finials can still be seen high above and behind the 1930s façade overlay. The neo-classical 30s style features include Roman arch windows, terrazzo entrances and medallions.

This attractive group makes a significant heritage contribution to its neighbourhood.

Posted by Cramer And The City at 11:36 No comments:

Since I lived in Japan, I've been searching for that special place that really ‘feels’ Japanese and tastes it too.... Introducing Sushi Yachiyo! 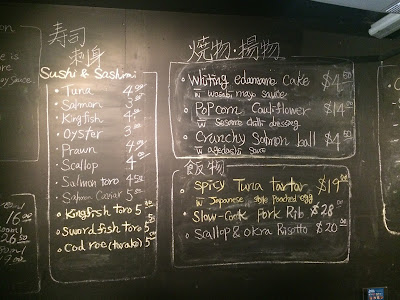 Well now that I've found it I’m a once a week diner there (I’d eat there five days a week if I could). If you blinked, you’d miss it… it's tucked away in the chaos of the Inner East streetscape. And don’t be fooled by the understated décor, Sushi Yachiyo is the winner of the highest 3 stars from the Good Food Guide for food under $30, this restaurant is outstanding. 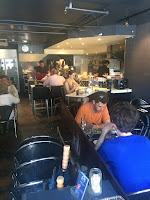 The fish is super fresh making the sashimi out of this world, the miso cod is extraordinary, the tempura delicious, the hotpots divine, the pork belly katsu delectable and the wooden boat-like platters filled with Japanese delights are a sight to behold. And don’t get me started on the sake. 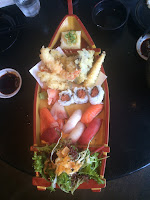 The owner chef, Mitsu, has descended from a long line of Japanese chefs, bringing the traditional, authentic and pure art of Japanese cuisine to Darlinghurst, Sydney. He was apprenticed at the world famous Michelin starred six-hat restaurant "Akai".  Today, Mitsu's cooking is influenced not only by his Japanese heritage, but also by Spanish, French, Italian and Thai cuisine. Every morning while Sydney sleeps, Mitsu can be found drunk at the Sydney fish markets personally selecting the freshest fish of the day. 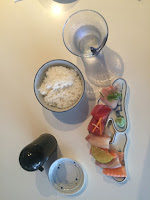 So make your way to Sushi Yachiyo at 1/13 Kirketon Road, Darlinghurst (corner of William) and enjoy an unforgettable dinner or one of the Gozen degustations for lunch. And all this comes with the most unexpected vista of the Harbour Bridge and so reasonably priced. 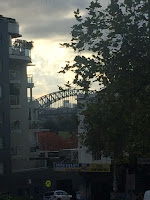 This hole in the wall gets a 5 star rating from Cramer And The City!!

Posted by Cramer And The City at 10:49 No comments: 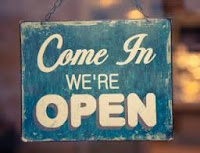 Here at 'Cramer And The City' we love our surrounding local businesses and so in tribute to them and the fabulous job they do serving up amazing-ness to the community we have decided to start a reviews section on our blog called - We Love Local!

You can expect honest and real reviews on the quirkiest, coolest and weirdest that Darlinghurst and the Inner City locals have to offer. Watch this space... 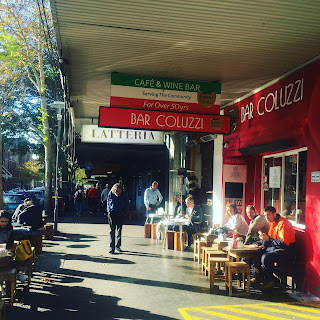 So why not show your love for the locals too by checking out our reviews section and remember to always buy local. 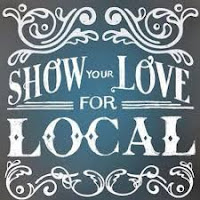 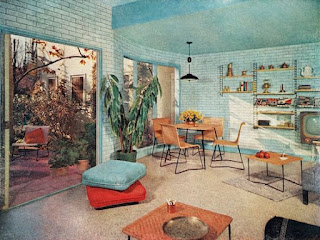